ABYstyle Studio is proud to unveil its new exclusive creation: the GRENDIZER JUMBO.
Nearly half a century after its first steps, the famous UFO of Go Nagai comes back to rescue our blue planet!

Inspired by the great classics, its design will delight both the nostalgic and the most demanding fans, thanks to the care that has been given to its design!
Paying tribute to the battle scenes from the 70s animated series, the robot's backlit interchangeable parts allow it to recreate the "Screw Crusher Punch" and "Backhand Missile" attacks.

Delivered with an optional missile launcher fist and 14 projectiles, the GRENDIZER JUMBO includes both a range of modernized accessories and ingenious retractable compartments located at the shoulders and along the legs. Its magnetic Double Harken and its injected metal belt help make this collectible an exceptional piece, a modern twist on an old classic.

The limited edition GRENDIZER JUMBO will feature closed-box packaging adorned with illustrations. With only 3,000 numbered units being produced worldwide, this iconic collector's piece is more than just a tribute: it turns a multi-generational dream into reality.

Available for pre-order on abystyle.com for Europe, www.abystyle.us for North America, and www.abystyle-studio.jp for Japan, and also in ABYstyle Full Stuff Stores. The Grendizer Jumbo will join your collections in early summer 2023.

Full description of the Grendizer Jumbo

As an exclusive for the most dedicated fans, a series of bonus features will be included with all GRENDIZER JUMBO early pre-orders: 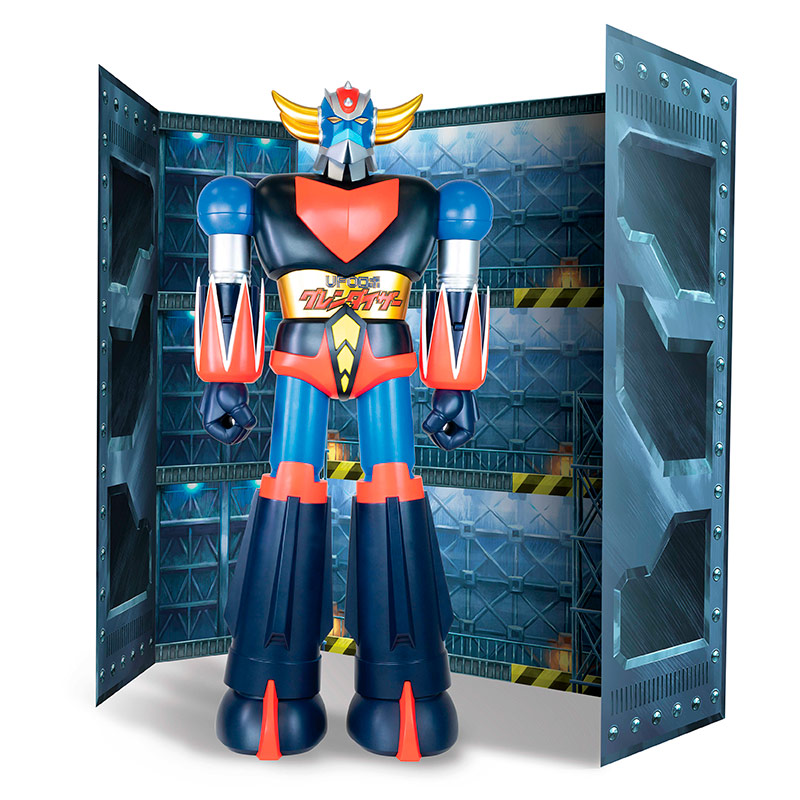